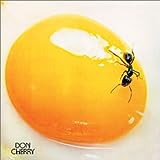 Don Cherry, who passed away in 1995 at age 59, was a world musician long before the term became fashionable. Two recent early '70s reissues - Orient and Blue Lake (both previously Japan-only releases), help to solidify Cherry as not only one of the greatest (pocket) trumpeters/cornetists that jazz has known, but also one of its ...