Önder Focan started music by playing mandolin at the age of 8. He switched to guitar at 15 and concentrated on jazz in 1975. Being mainly self- taught, he has become a jazz musician most sought after as a guitarist, player, composer arranger and lyrics writer. In 1986, he got married to Zuhal Focan withn whom founded Nardis Jazz Club in 2002. Focan improved his skills in music and teaching by attending seminars by IAJE (International Association for Jazz Musicians). From 1996 to 1999, he conducted Jazz Ensemble courses at the Istanbul Academy. In 1997, he performed in the Guitar Night that was organized by MIDEM (Marché International du Disque et de l’Edition Musicale) with 11 international guitarists representing Istanbul Culture and Arts Fund (IKSV). Between the years of 2001 and 2005, he taught harmony classes at Mujdat Gezen Art Centre where he was elected as the best artist in Western Music in 2000

37
Article: From Far and Wide 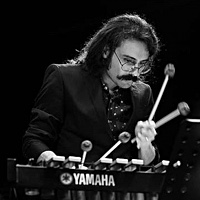 That any musician, old cat, young lion, or apprentice anywhere, endeavors in jazz is amazing enough, given the elusiveness of “success." That is even more true in jny: Istanbul, Turkey: not a conventional jazz capitol, far from the African-American roots of jazz, and even beyond the music's major continental domiciles. Yet the tilting cobblestoned streets of ...