Omara’s first encounter with music was at a very early age. Just as in any other Cuban home, the future singer and her siblings grew up with the songs which her parents, for lack of a gramophone, sang to them. Those melodies, some of which still form part of her repertoire, were young Omara’s informal introduction to the world of music. However, before taking up singing as a career, a fortuitous event led her to first try her hand at dancing, following in the footsteps of her sister Haydee, who was a member of the dance company of the famous Tropicana cabaret. One day, in 1945, she began a dancing career that led her to form a legendary duo with Rolando Espinosa and, in 1961, to become a teacher of popular dance at the Escuela de Instructores de Arte

25
Article: From Far and Wide

Nice Jazz Festival Théâtre de Verdure Nice, France July 16-20, 2019 Sebastien Vidal, the artistic director of the Nice Jazz Festival, expressed his goals for 2019 as diversity and inclusivity. The Festival takes place in the center of the city, near a tram line station. They welcomed forty ...

Vibraphonist Roger Beaujolais' name may not be familiar to listeners on the American side of the pond, but he's been a pretty steady presence on the British scene for decades, making a splash with The Chevalier Brothers, hitting the studios with artists as far apart as rocker-turned-folkie Robert Plant and Cuban icon Omara Portuondo, and leading ... 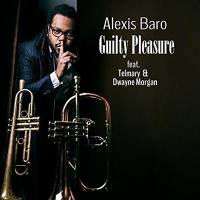 Drummer Daniel Freedman Leads an All-Star Quintet on Imagine That, with Rhythmically Infectious Originals, a Radiohead Cover and Guest Vocal on “Baby Aya" by World Music Star Angélique Kidjo The album—to be released in the U.S. by Anzic Records on April 15, 2016—finds Freedman in league with a group of kindred spirits: guitarist Lionel Loueke, keyboardist ...

16
Article: Catching Up With

Success didn't knock on his door by random luck. Roberto Fonseca has worked hard to earn his reputation as one of the most renowned and skillful Cuban jazz pianists of his generation. The 38 year-old musician started playing drums when he was four years old and played at the International Jazz Festival of Havana ... 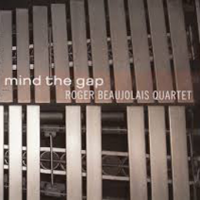 The quintet has usually been the format of choice for British vibraphone ace Roger Beaujolais, but he changes it up on Mind The Gap; this is the eighteenth album from the veteran mallet man, but the first to really focus on a foursome. Beaujolais, a self taught vibraphonist who started a bit late--in ...