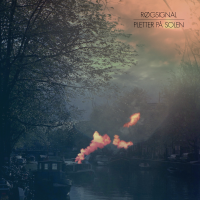 The Danish quartet Røgsignal (translated Smoke Signal) have explored the alluring borderland between traditional and modern musical genres since its inception in 2011. Having experimented with a more improvisational, punchy sound, which was documented on two digital live-EP's in 2014 and 2015, the band has settled on a more spacious vibe in this release, Pletter På ...