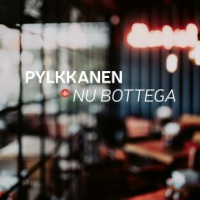 Saxophonist/composer Pekka Pylkkänen has worked with many orchestras and groups during his career and has appeared either as a leader or as a sideman with for example Vince Mendoza, Odean Pope, Dave Liebman, Gene Jackson, Sal La Rocca, Jukkis Uotila, Eric Ineke, etc.

As a leader, he has performed in more than 50 countries (Finland, Denmark, Norway, USA, Chile, Argentina, Bolivia, Brazil, Uruguay, Peru, Korea, China and Japan, France, Switzerland, Portugal, Germany, Italy, Malaysia, Singapore, South Africa etc.) He has appeared as a leader/soloist in around 2000 concerts during the last 20 years, most of them outside Finland