Nial was born in Jakarta, Indonesia on February 05, 1981. He played and had classical piano lessons since the age 5. In the house he heard a lot of jazz from his father's jazz collection. And he also heard his father playing bass in the local clubs. Nial was not into jazz until 1996, when he heard the Pat Metheny Group playing at a concert in Jakarta. Since then, at the age of 14 yrs he was bitten by the jazz bug. The rest is history. He went to the USA and graduated from a US high school in Chattanooga, TN. In Chattanooga he played frequently in the Jazz Junction, a local jazz club and where he became a well-known pianist before he graduated in 1999 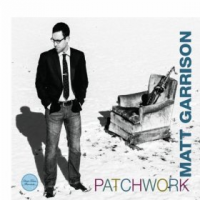 Instead of simply homing in on one specific musical coordinate, saxophonist Matt Garrison decided to widen his focus and hit a few different targets with his third album. The aptly-titled Patchwork finds him looking toward “initial musical influence, educational influences, and current outcomes." It's a collection of Garrison's personalized yesterday-meets-today musical scenarios. It's ... 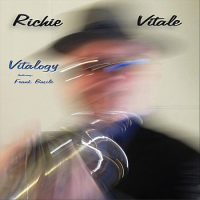 Richie Vitale is a fixture of the New York music scene, a veteran trumpeter with a resume that includes The Buddy Rich Big Band, Count Basie and Duke Ellington, the Thad Jones/Mel Lewis Orchestra and the Vanguard Jazz Orchestra. Vitalogy is not a big band recording, but features Vitale in a quintet format blowing through a ...