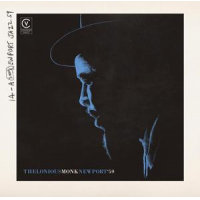 Only with hindsight can it be ascertained that 1959 marked the pinnacle of jazz music as a cultural force in the United States. In 1959, the Mount Rushmore presidents of jazz were recording their definitive statements: John Coltrane's Giant Steps (Atlantic, 1960), Dave Brubeck's Time Out (Columbia, 1959), Charles Mingus' Ah Um (Columbia, 1959), Miles Davis' ...