Narada Michael Walden (born Michael Walden on April 23, 1952 in Kalamazoo, Michigan) is an [American] [producer] , [drummer] , [singer] , and [songwriter] . He was given the name [Narada] by guru [Sri Chinmoy] in the early 1970s and his musical career spans three decades, in which he was awarded several gold, platinum and [multi-platinum] awards. Walden has also owned and operated Tarpan Studios, a well-known [recording studio] in [San Rafael] , [California] , since the mid-1980s. Performing career His stage career included appearances with [John McLaughlin] and the [Mahavishnu Orchestra] (where he replaced legendary drummer [Billy Cobham] ), and [Jeff Beck] (on Beck's album [Wired] ). His first album, Garden of Love Light , was released in 1976 and included the track "Delightful"

John McLaughlin—Miles Davis protégé. Jazz/rock revolutionary. East-meets-West visionary. Acoustic, electric and electronic guitar maestro. Now elder statesman of jazz—what is there left to say? A lot it seems... As a septuagenarian who was facing debilitating hand issues—and possibly the end of his playing career—he was starting to say his farewells to touring ...

The times we live in call for reflection and one of the ways of providing it is through music. Music can slow our lives down and make us live in the moment, but it can also connect people. Since he discovered music, guitarist and composer Shambhu Neil Vineberg has been on a journey that has seen ... 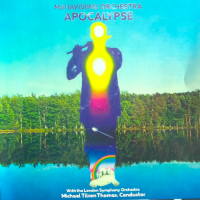 Well, there's not much to say about the new release of Apocalypse. Well, not as much as many Mahavishnu fans had hoped; rumours of a long awaited and much needed remastering of this legendary album, making the rounds of the mailing lists were alas, premature. So what is this CD? Answer: it's the exact same, level-for-level ... 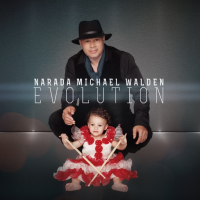 Tarpan Records is pleased to announce the international release of Evolution the upcoming full-length album by Narada Michael Walden releasing on October 30th 2015. The albums’ first single, Billionaire On Soul Street, which was released on August 14th, 2015 and the forthcoming album represent a change of direction for Narada, one that brings him back to ... 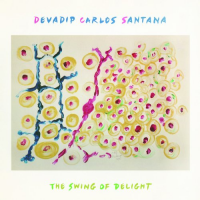 To the casual music fan in 1971 Carlos Santana appeared as if he was on top of the world. His band's appearance at Woodstock two short years earlier, plus their cover of Fleetwood Mac's “Black Magic Woman" had catapulted him to stardom. Yet, behind the scenes, his band was splintering. Different musical and personal objectives, plus ...

Bathed in Lightning: John McLaughlin, the 60s and the Emerald Beyond by Colin Harper

Bathed in Lightning: John McLaughlin, the 60s and the Emerald Beyond Colin Harper 480 Pages ISBN: 978-1908279514 Jawbone 2014 Few guitarists in the history of jazz have leapt onto the scene the way John McLaughlin did when the relatively new British expat made two very different appearances on albums ...