Growing up in a musical family, Morgan was given his first pair of drumsticks at the age of six months…followed shortly thereafter by a drum set. By six, Morgan had his first saxophone and his instrumental repertoire expanded to many more instruments. Having grown up in such a musical household, Morgan had the good fortune of being exposed to jazz from the Marsalis family, Donald Harrison, Christian Scott, among many others. He has shared the stage with such notables as Nicholas Payton, Ellis Marsalis, Herlin Riley, Jimmy Cobb, Esperanza Spalding, Allen Toussaint, Freddy Cole, Terri Lyne Carrington, Robert Glasper, Russell Gunn, Wallace Roney, and Buster Williams. Now, Morgan is currently studying at The New School for Jazz and Contemporary Music in New York City 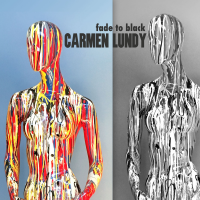 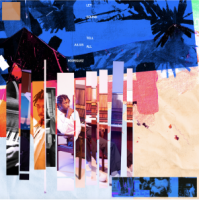 At 23 years, New York-based keyboards player and drummer Julius Rodriguez is close to being a founder member of Gen Z and so was an adolescent when the iPad was giving way to streaming and a new, randomised perspective on jazz and music in general was being shaped. The Juillard School dropout--Rodriguez quit in 2018 to ...

There is a miracle on the corner of 12th Avenue and Jackson St. in what is now Seattle's “Little Saigon." In what was a traditional African American and Jewish community before the influx of Vietnamese, Cambodian and Laotian immigrants after the war in Southeast Asia in the early 1980's, this urban crossroads was the main pulse ...

Unfiltered: The Tyshawn Sorey Sextet at the Jazz Gallery

The Jazz Gallery in jny: New York City is currently celebrating its 25th anniversary. It's a great room to listen to music and is also photographer friendly. The Gallery is known for paying homage to jazz greats but is perhaps best known for its commitment to supporting young musicians. It also provides a space for musical ...