Internationally renowned guitarist/composer/recording artist Mimi Fox has been named a winner in 6 consecutive Downbeat Magazine international critic's polls and has been recognized by writers and colleagues alike as one of the most eloquent guitarists on today's scene. In one of many feature stories, Jazz Times hailed Mimi as "a blazing fret master who combines be-bop infused lines with an abundance of soul...spinning solos that unfurl with surprise twists like expertly tailored short stories. " In a further nod to Mimi's guitar artistry, and in conjunction with Heritage Guitars' 30th anniversary, the historic Kalamazoo guitar company has rolled out the Mimi Fox Artist Signature model. Mimi has performed/recorded with some of the music world's most commanding players, including fellow guitarists Charlie Byrd, Stanley Jordan, and Charlie Hunter, Grammy-nominated saxophonists Branford Marsalis, David Sanchez, Houston Person, and the late Don Lanphere, vocalists Tierney Sutton, Kevin Mahogany, and Janis Siegel (Manhattan Transfer), B3 organ masters Joey DeFrancesco, Barbara Denerlein and Dr 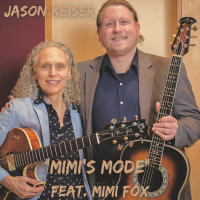 Nothing Like You - A Birthday Shoutout to Dorothy Parker

All About Jazz tracks how often a featured song is heard, and the following represent the most popular in 2019. If you missed them the first time around, give them a listen now, and enjoy! After the Rain Teodross Avery After the Rain: A Night for Coltrane 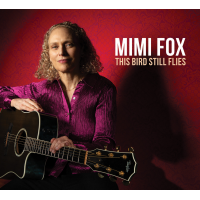 Label: Origin Records
Released: 2019
Track listing: Get Away Blues; Blue Bossa; Twilight In The Mangroves; Blackbird; Textures of Loving; Day Tripper; You Don't Know What Love Is; This Bird Still Flies; There Is No Greater Love; 11) America The Beautiful