Milton Babbitt, crabby, exuberant, reviled, playful, rigorous, thrilling. The composer who has been among the most controversial yet influential figures in American concert music of the past 60 years. The theorist whose vision about the direction that music should take dominated the academy for decades. The teacher who has guided generations of young composers both at The Juilliard School and in the Ivy League. The man who, as he celebrates his 90th year, continues to lead a full life as a composer and pedagogue, and who glows at the thought that James Levine, one of his most powerful champions, is now in command at the Boston Symphony. In person, Milton Babbitt is a small, compact figure whose pursed lips and twinkling eyes behind thick black frames seem always on the edge of a smile

Is it jazz? Perhaps not in the narrowest sense, but each of the releases below arguably retains enough of a foothold in the tradition to justify that description. Maybe we've finally reached the point where the question no longer matters. In any case, what these artists have in common is a commitment to venturing outward in ... 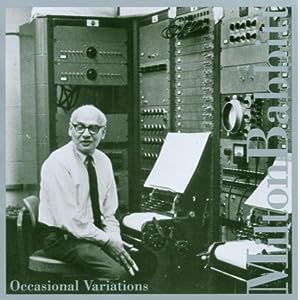