Miki Yamanaka is a New York-based pianist from Kobe, Japan. She moved to New York City in 2012 and has studied Piano with Jason Lindner, Jeb Patton, and Fred Hersch, and Organ with Sam Yahel and Larry Goldings. In 2015 she was one of three pianists selected to participate in “Betty Carter’s Jazz Ahead”, an intensive composition residency at the Kennedy Center. She earned her Master of Music degree from Queens College, receiving the Sir Roland Hanna Award. Miki has appeared in concert with many notable musicians including Steve Nelson, Seamus Blake, Jerry Dodgion, Victor Lewis, Rich Perry, Antonio Hart and Peter Bernstein 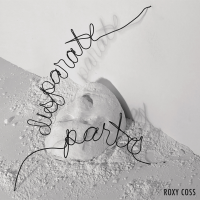 Let's just get thing one out into the open right away: Disparate Parts has plenty of balls to spare. Saxophonist Roxy Coss' acute, teasingly biting tone and rich, no boundaries disposition to composing and jamming has placed her high in the generational echelon of new and challenging players. She willingly and unapologetically blends and ...

During our second show of 2021, we continue to look at the music and voices giving jazz fans new music and insights in this pandemic world. We begin with veteran guitarist Dave Stryker teamed up with the legendary Bob Mintzer and the WDR Big Band. We also profile the talents of Miki Yamanaka, Dean Tsur, Steve ...