Mike Sailors has established himself as one of the most in-demand trumpeter’s on New York City’s thriving swing and traditional jazz scene. He has worked with Ralph Lalama, Orrin Evans and The Captain Black Big Band, James Langton and his New York All-Star Big Band, Baby Soda Jazz Band, The George Gee Swing Orchestra, The Dizzy’s Club All-Star Orchestra, The Hot Sardines and many other lesser-known, but nonetheless outstanding bands and instrumentalists in the NYC area. He’s also worked on and off Broadway in several pits, but most notably with the sell-out success Sleep No More, where he currently serves as the Music Director. A native of Charleston, SC, Mike Sailors began his musical training at the University of North Carolina at Greensboro, where he studied with bassist Steve Haines and with jazz trumpet guru Rob Smith. After completing his degree in 2005, Sailors was asked to join the North Carolina Jazz Repertory Orchestra

Label: Self Produced
Released: 2020
Track listing: Paradise; Bohemia After Dark; To Another Girl; Skating in Central Park; Alone Time; Locomotive; While I Was Away; All The Things You Are. 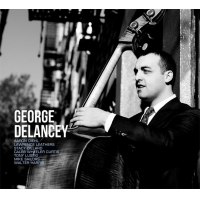 During the golden age of the big bands, composers wrote with the entire ensemble as a singular voice, with the soloist (and solos) connected to the concept of the song as a whole. The leading exponent of this era was Duke Ellington, whose writing was built around that awareness; and his songs have withstood the test ...