Mike Rud is a Juno Award-winning guitarist and composer, who has performed alongside such musicians as Herb Ellis and Joey DeFrancesco. In New York City in 1996, Mike studied with the great Jim Hall and recorded his debut album featuring Jorge Rossy, Joe Martin, Bill McHenry, and John Stetch. More recently, Mike renewed his connection with great American jazz guitarists, performing with John Stowell, Chris Flory, and of course Peter Bernstein, who Mike has known since 1992. 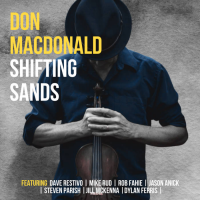 Calling guitarist Mike Rud one of the best kept secrets on his instrument is only a bit off the mark. Rud's Notes on Montreal (Self Produced) took home a Juno Award, after all, so his presence has most certainly been felt in his native Canada. Yet his work and name haven't traveled like they should, making ...

Canadian jazz pianist Peter Hum has been a fixture and mainstay on the Ottawa jazz scene for three decades. A journalist by profession, covering education, crime and city hall for the Ottawa Citizen, a social conscious and music, have always been driving forces in his life. His third album as leader, Ordinary Heroes contains ten original ...

The ideals of promise and hope, and the desire to create a better world and drive out the darkness, need not be fueled or forwarded by the extraordinary. As George Takei, the legendary actor-cum-activist once noted in referencing the individuals who provided succor during the horrors of the Japanese-American internment camps of World War II, it's ... 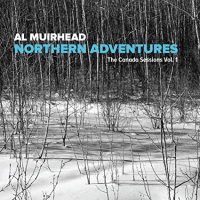 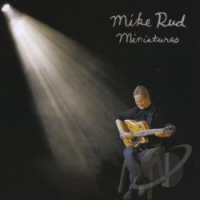 Label: Self Produced
Released: 2015
Track listing: September Song; Just One Of Those Things; Nature Boy; Sweet Lorraine; Such A Night; Florentine; Robin's Walk (Smile For Me Baby); Emily; But Not For Me; Parc Lafontaine; You Must Believe In Spring; Dexterity; You Have To Practice Slow (Bach Invention No. 8); Laura.