There's so much variety on BASSic Instinct, bassist David Finck's sixth recording as leader, that it's almost like grooving on half a dozen or more albums for the price of one. Ensembles run the gamut from duo to octet, with vocals added on three of its thirteen engaging numbers. Besides governing the rhythm, composing three of ... 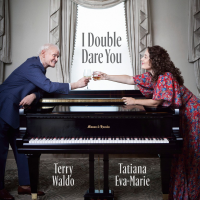 Label: Turtle Bay Records
Released: 2021
Track listing: Do Do Do; Baby, Won’t You Please Come Home; Button Up Your Overcoat; Deep Purple; Be Sweet To Me; The Very Thought Of You; I Double Dare You; I Must Have That Man; Take A Picture Of The Moon; Back In Your Own Backyard; Runnin’ Wild; Two Sleepy People. 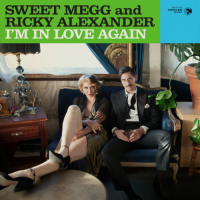 Label: Turtle Bay Records
Released: 2021
Track listing: My Honey’s Lovin’ Arms; Foolin’ Myself; Right Or Wrong; Squeeze Me; Last Night On The Back Porch; Angry; I Got It Bad; Ragged But Right; I’m In Love Again; I’d Love To Take Orders From You; A Blues Serenade

Label: Tmpf Records
Released: 2014
Track listing: You Are Known For Being Quick In Actions and Decisions; Hat-Trick #4; Hat-Trick #8; People In Your Background Will Be More Cooperative Than Usual; We Must Not Become Complacent Over Any Success; Hat-Trick #2; Hat-Trick #7; The Less One Has To Do, The Less Time One Finds To Do It; Hat-Trick #6; We Are Very Happy Together; Hat-Trick #5; Hat-Trick #10.

Double bassist Mike Davis organizes his spontaneous, immediate improvisations-compositions according to two arbitrary guidelines. The Fortunes group of such compositions draw its inspiration from evocative song titles taken from about 100 fortune cookies, but Davis and his trio co-conspirators--saxophonist Jacob Duncan and drummer Jason Tiemann--never discuss their different interpretations of these titles before playing. The second ... 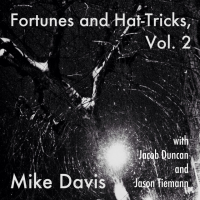 Where The Cerebral And The Visceral Meet... Fortunes And Hat-Tricks, Vol. 2 by Mike Davis 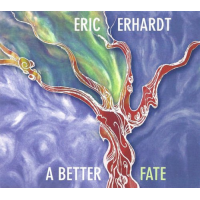 Unlike a lot of jazz artists hawking a debut recording these days, reed/woodwind multi-instrumentalist Eric Erhardt is not fresh out of music school. He has been around for a while, playing for two decades in Broadway pit bands and with trad jazzers Ken Peplowski and Artie Shaw. A student of Dave Liebman, Erhardt's own musical interests ...