Michael Wilkinson is a member of the combo The Jazz Professors, whose album "Do That Again" was a JazzWeek top-ten charter through most of the first quarter of 2013. In Orlando, he has performed with the Orlando Jazz Orchestra and the Brass Band of Central Florida (on baritone), as well as The Jazz Professors. In Arizona, he has played in salsa, jazz and orchestral bands, including I-10 Trombone Conspiracy, as well as in numerous pits for road companies of touring Broadway Musicals like "The Full Monty." Michael plays tenor, bass, alto trombone, and euphonium and has studied with Tom Ervin, Gail Wilson, Ralph Sauer and Sam Pilafian. 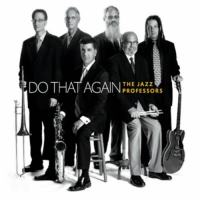 Orlando, FL - “It’s the only talent competition of its kind in North America,” Jeff Rupert, Director of Jazz Studies at the University of Central Florida (UCF) said Monday. Five* of the nation’s best high school age Jazz musicians will come to Orlando in March, 2014, to perform with the UCF All-Star High School Jazztet, that ...

The Jazz Professors: Live from the UCF-Orlando Jazz Festival / Do That Again 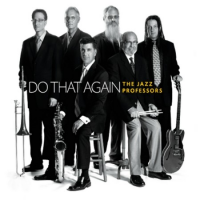 The Jazz Professors aren't wearing any hats they don't own; the fact is, they really are Professors in the Jazz Studies program at the University of Central Florida in Orlando. Instead of letting the students have all the fun, however, the Professors have recorded three albums of their own, the second Live from UCF-Orlando Jazz Festival, ...