Trombonist, composer, and arranger Michael Wang is an up and coming talent in the NYC music scene. Originally from Sacramento, California, Wang began his studies on the trombone at the age of eleven. In 2012, he moved to Boston to begin his studies at Berklee College of Music as a recipient of the Presidential Scholarship, where he studied with Phil Wilson, Marshall Gilkes, David Santoro, George Garzone, Darren Barrett, among others. He was a member of the Berklee Global Jazz Institute under the direction of Danilo Perez, from 2013-2016. During his time in school Wang participated in several jazz trombone competitions, becoming the winner of the American Trombone Workshop's "Division 1" solo competition in 2015 and was a finalist in the ITA's Carl Fontana and JJ Johnson Competitions, in 2015 and 2016

Though jazz knows no boundaries, it still remains a wonderful surprise and reward to find a gem of a jazz club in whatever corner of the world you happen to find yourself. Since 1974, The Blue Note Taipei, a cozy historic jazz café in the capital city of Taiwan, has been just such a place for ... 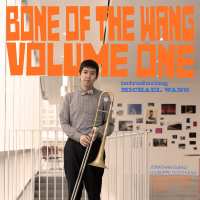 Bone of the Wang Volume 1 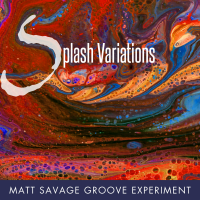 Matt Savage, a young man who knows his way around a keyboard (a child prodigy, he recorded his first album, Live at the Olde Mill, when he was barely nine years old), has added a new twist, namely soul / funk, to Splash Variations, the thirteenth recording under his name and first as leader of the ...