Michael Lampert received his BA in music theory and composition from Drew University, and his Master of Music in Musicology from the New England Conservatory of Music. He has studied jazz and improvisation with Harry Leahey, John Carter, Dave Pike and Charlie Banacos; his principal instructors on the mandolin have been Ben Buccola, Andy Statman, and Robert Paul Sullivan. He has also studied classical domra with the distinguished artist Iryna Orlova. Michael has appeared in numerous clubs and concerts throughout the United States, performing with the eclectic fusion band Blue Fish, The Barbara Reed Quartet, singer/songwriter Michele Cummings and the Lenny Carlson Trio, in addition to leading his own duos, trios and quartets 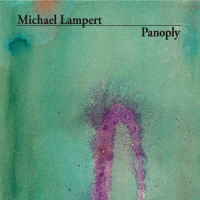 When you think of lead instruments in jazz, the electric mandolin probably doesn't spring to mind. However, if all its practitioners could match the dexterity and achieve the same feel as Michael Lampert, perhaps that would change. In Lampert's hands, the instrument sounds nothing like what fans of bluegrass would expect. Instead, it sounds closer to ...

And now for something totally unexpected. Something along the lines of David Grisman or Mike Marshall's bluegrass-jazz might be anticipated from a jazz mandolinist, yes? But Michael Lampert is a master of the four-string electric mandolin, a rare beast indeed. Without the added sonority of the usual double-courses of strings, Lampert's instrument sounds much closer to ...