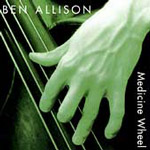 Bassist Ben Allison was a virtual unknown when this album was originally released by Palmetto in 1998. After Seven Arrows (Koch, 1996), this was Allison's first major release. Combining conservatory training, ethnic/world music fusions, post-bop energy and free-jazz vigor, Allison and company were on the cusp of a new movement. Listening to this recording in retrospect ... 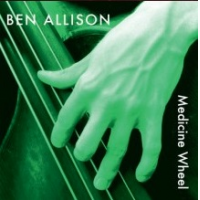 Ben Allison asserts: “The Medicine Wheel is a mirror in which the universe is reflected. Any idea, person or object can be such a mirror". Derived from North American Indian beliefs Allison's somewhat mystical approach adheres to the overall attitude behind his music and the band's execution. The Septet aptly called “Medicine Wheel" is a conglomerate ...