Matthias Bublath is a pianist, organist and composer/arranger.

He has performed around the globe on many festivals and events such as: Montreux Jazz Festival (Switzerland),Kora Awards Johannesburg (South Africa) and The Kennedy Center Of The Performing Arts (Washington DC) to name a few. He has toured extensively in the US, Europe and Japan playing piano, organ and keys with his own group and a lot of different bands.

Currently he is performing at jazz clubs around NYC, composing and arranging for various ensembles including full orchestra and recording for film and television. Being a versatile keyboardist he is also in full command of the Hammond B3 organ and performs regularly with his organ trio and a bassless funk quartet.

Besides his jazz, R&B, gospel and funk influences Matthias is also a specialist for Brazilian and Afro-Cuban piano styles and always searching for new ways to play.

With his "Acoustic Trio" a band consisting of piano, flute and percussion he expands into world music combining all kinds of musical influences and creating a unique group sound.

German pianist and Hammond B3 organist Matthias Bublath realizes a long-held passion of recording his own big-band and so, after eleven albums to date, Eight Cylinder Bigband finally comes to the fore in splashy audacious fashion, encompassing a musical spectrum which ranges from blues, gospel and soul/funk to Afro-Caribbean flavors documented on twelve swinging compositions. The ... 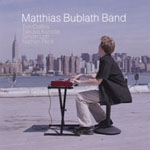 Matthias Bublath is a composer, pianist, organist, and keyboardist based in jny: Munich, Germany. After graduating from the Berklee College of Music in jny: Boston, he lived in jny: New York City for several years honing his skills before returning to his native Munich in 2009. During those years in New York he forged musical bonds ... 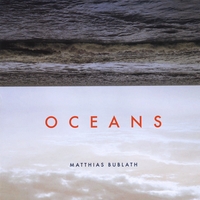 Pianist Matthias Bublath works at the crossroads where consistency and diversity meet; the consistency comes with his sound, vision and personnel choices while the diversity connects to the type(s) of music he presents. For Oceans, the German-born, New York-based pianist reconvened the same quintet that birthed his prior album, the highly enjoyable Harvest ...

Harvest On The Moon 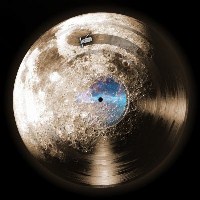 Musicians and farmers may have far different day-to-day routines, but they have at least one thing in common: when their work reaches full maturation, it must be harvested for public consumption. Those digesting the end result of their hard work may not think twice about how it ends up in their hands, but they know the ...

Vibraphonist Tim Collins Interviewed at All About Jazz!

Tim Collins likes to mix it up. It starts at home; the vibraphonist is married to a successful concert violinist and is intimately connected to the world of classical music. Recording with pianist Matthias Bublath, Collins has also worked with guitarist Charlie Hunter, who produced his second album, mixing rock, jazz, and string quartets. He seeks ...