Dr. Matthew White is an Assistant Professor of Music at Coastal Carolina University. White holds a BM in Jazz Studies from the University of North Florida and an MMA and DMA in Studio Music and Jazz from the University of Miami Frost School of Music. From 2004 through 2012, White was active as an educator and freelance musician in South Florida and Nashville, appearing on a number of recordings as a trumpeter, writer, and producer and backing numerous artists and ensembles. White was the featured soloist with the Nashville Jazz Orchestra, Tommy Dorsey Orchestra, The Duffy Jackson Big Band, the South Florida Jazz Orchestra, the Gene Krupa Big Band, numerous orchestras, musicals, pop ensembles, and artists as diverse as: Bob Mintzer, Wycliffe Gordon, Kevin Mahogany, Arturo Sandoval, Rihanna, Paul Anka, Bruce Hornsby, Brian Setzer, Brad Paisley, Oscar DeLeon, Melinda Dolittle, and others in addition to leading his own ensemble, the Super Villain Jazz Band 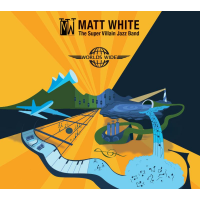 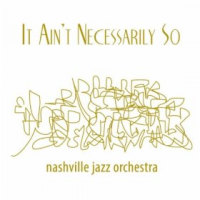 This splendid debut recording by the Nashville Jazz Orchestra is subtitled “New Twists on Gershwin Classics." No argument there, starting with the picturesque “Cuban Overture" from 1932 and encompassing a trio of songs from the folk opera Porgy and Bess, which premiered three years later. Also on the bill of fare are the standards “But Not ... 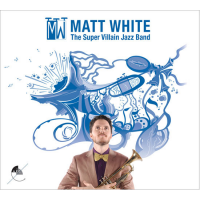 The brilliant young trumpeter, composer, and educator Matt White steps out with a lively and compelling debut titled The Super Villain Jazz Band, to be released October 1 by Artists Recording Collective. A quintet/sextet effort recorded in Nashville, the album is a post-bop update that goes beyond the usual formulas with its restless sense of invention ...

Los Lobos City Winery December 31, 2010 For no immediately apparent reason, New York City has recently been invaded by acts that peck or gobble their names straight out of a bestiary. Los Lobos played two shows on New Year's Eve, with this first set neatly sidestepping ...

The Jazz Session #180: Matt White of Fight the Big Bull

Guitarist Matt White and his band Fight The Big Bull are part of the creative music scene in Richmond, Virginia. Their new album All Is Gladness In The Kingdom (Clean Feed, 2010) features the playing and arrangements of Steven Bernstein, perhaps best known for his band Sex Mob. In this interview, White talks about the surprisingly ...

Dying Will Be Easy