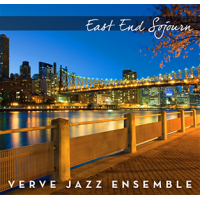 In April of 2013, the Verve Jazz Ensemble released their first album It's About Time (CD Baby, 2012) to rave reviews from critics and jazz lovers everywhere. Exactly one year later, the group follows up on their amazing debut by unveiling East End Sojourn, an exciting second effort featuring new creative arrangements, more reimagined standards, a ...

The Verve Jazz Ensemble: It's About Time 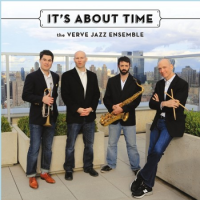 In 2006 drummer Josh Feldstein established the Verve Jazz Ensemble, a contemporary jazz group playing standards and straight ahead material in the finest venues throughout the Connecticut area without having an album to their credit until this appropriately-titled recording debut It's About Time. On tap are an array of jazz standards featuring new arrangements and dynamic ...