Multi award winning guitarist and composer MARTIN TAYLOR has established a unique musical career as an internationally acclaimed musician, and his inimitable style has seen him recognized as the world’s foremost exponent of solo jazz guitar playing. Although completely self taught, he has enjoyed a remarkable musical career spanning across five decades, and during that time has invented and developed a way of playing the guitar that is admired, and often imitated, by guitarists all over the world. As well as being a true guitar innovator, he is also a master concert performer, dazzling audiences with his solo shows, which combine virtuosity, emotion, humor, with a strong stage presence. He spends much of the year traveling the world, playing in concert halls in Europe, North America, Japan, Asia, and Australasia as well as presiding over the uniquely innovative Martin Taylor Guitar Academy Online. As well as his solo concerts and recordings, he has also collaborated with musicians from many different musical genre including, Stephane Grappelli, Jeff Beck, Chet Atkins, Bill Wyman, George Harrison, Dionne Warwick, Diane Schuur and Jamie Cullum. From 1979 to 1990 he toured the world and recorded over 20 albums with the French jazz violin legend STEPHANE GRAPPELLI

I was talking to a musician friend of mine the other day, asking her how her move from Brooklyn to Forrest Hills was going. She said, “I love it! I love the neighborhood and best of all, musically, I'm not running any more jam sessions at the moment, just doing gigs—and practicing! It's great."

Ulf Wakenius & Martin Taylor The National Centre For Early Music March 8, 2018 Martin Taylor and Ulf Wakenius are a prime pair of guitarists from their respective countries, England and Sweden. They've worked together regularly, but presumably touring mostly outside of the UK. This duo set, electric but toned ...

For those of you who may not be aware, Your Own Personal Genius was once a fresh-faced music major at Mars Hill University in North Carolina. My principal instrument was euphonium (I also had a minor in trombone). Later, I left to study Jazz with Ellis Marsalis during his residency at Virginia Commonwealth University. As a ... 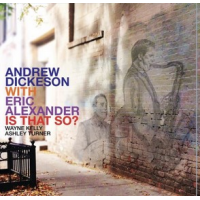 Growing up in Australia, Andrew Dickeson played several instruments before deciding on the drums when he was 10. Over the years he developed his intuition and sensitivity, the dynamics helping create a wellspring of skills. His artistry took him to the finals of the Thelonious Monk Institute International Jazz Drums Competition in 1992 where he was ... 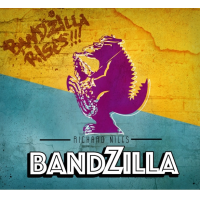 What happens when a group of top studio musicians get together in their free time? A unique mixture of sophisticated composition, passionate improvisation, scathing social commentary and biting humor, BANDZILLA play furious funk, sleazy soul, punk jazz and heartfelt ballads. Led by acclaimed composer/arranger/guitarist Richard Niles, the 25-piece jazz-fusion orchestra was originally formed in the studio ...