Mark Vickness began his musical training on piano at age six. The road from there to the modern fingerstyle guitarist he is today included a bachelor’s and master’s degree in composition, studies in classical piano, guitar, sitar and tabla, years as a performing jazz guitarist, composer and arranger, several film scores and two decades of recording and performing as the instrumental half of the acoustic fusion duo, Glass House (with singer David Worm) which has released three CD’s, an EP and a host of widely viewed YouTube videos. Mark’s performing experience spans a huge range of genres from free improvisation to West African drum and dance ensembles, from Motown and funk bands to big band jazz and orchestral conducting 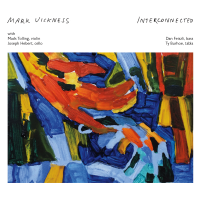 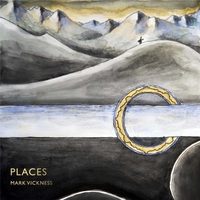 Inspired by rock gods such as Jimi Hendrix and studying with the likes of Mel Powell, guitarist/composer Mark Vickness uses powerful technique and sophisticated harmony to explore texture and mood on “Prince William Sound." Comparisons with a body of water aren't cliche: a pensive six-note motif flows in gradually, surfaces over a subtle ground pulse, then ...