As a jazz double bassist Marcus has played in countless different line-ups and in venues of all sizes and varieties in London, the UK and Europe, from the world-famous Vortex Jazz Club to Glastonbury Festival. Between 2004 and 2009 he was resident bassist at Notting Hill Brasserie and The Ebury in Belgravia where he performed regularly with, among others, Ivo Neame, Asaf Sirkis, Dylan Howe, Kit Downes, Jeff Williams, Shane Forbes, Bill Bruford and John Escreet. In 2010 he appeared on pianist Will Butterworth’s trio album ‘Hearafter’ with Peter Ibbetson on drums. Following on from this he worked with Will and saxophonist Seb Pipe in the collaborative trio ‘Tournesol’ 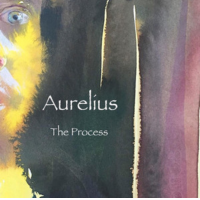