Marcello Carelli, 22 years old, is one of the most versatile musicians on the music scene today. Originally from Bedford Hills, New York, Carelli is a currently getting his master's degree in Jazz Studies at the University of Southern California's Thornton School of Music. He received his undergraduate degree in Studio Music and Jazz at the University of Miami's Frost School of Music. Marcello is a former Stamps Distinguished Ensemble Scholar, having been chosen out of many applicants to play in a high profile jazz quintet for four years. Along with this group, Carelli has also played in the award-winning Frost Concert Jazz Band and the Brian Lynch Artist Ensemble 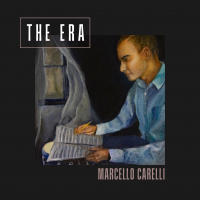