Marc came home to Chicago after being at Knox College under the instruction of Scott Garlock and Earl Gately. He has since played and recorded with talents throughout Chicago including QBlue, The Lori McClain Trio, ESP, The Hunter Adams Trio, Beaky Johnston, Radiant Darling, Randy Murray, Tommy Bradford, Laura Hoffman, Brienn Perry, The Chris Greene Quartet, The Damian Espinosa Trio, and Jazz Conspiracy. He has arranged, composed, engineered, and produced material for Quest Ensemble including arranging music for their recent production of ‘The Wizard Of Oz’. He also worked extensively on the soundtrack for Quest’s short film ‘Blue Nativity’

Accomplished saxophonist Chris Greene, with his warm sound and easily recognizable style, is a stalwart of the Chicago music scene. Over the past decade he has led the same quartet of equally brilliant musicians who have honed a seamless camaraderie. On his 13th release, the ebullient PlaySPACE 2: Play Harder, Greene and his band stretch out ... 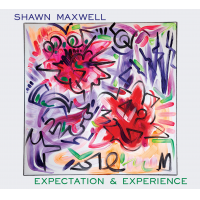 Fronted by an already well-established jny:Chicago area saxophonist, the Shawn Maxwell Alliance expands the concept of what a mixed ensemble can accomplish in the jazz realm. This debut album features a sprawling list of modern jazz composers and leaders including another jny:Chicago saxophonist, Chris Greene, vocalist Keri Johnsrud, vibraphonist Stephen Lynerd, and bassist Stacy McMichael. The ... 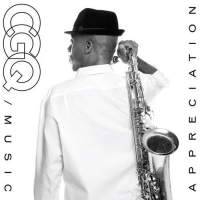 Saxophonist Chris Greene has a unique approach to jazz that, although well within the mainstream, is elegantly innovative. He colors his creative ideas and motifs with bluesy hues, endows them with an urbane sense of swing and enriches them with solid, improvisational rigor. His complex pieces flow with a deceptive simplicity yet make for a rewarding ...

Woodwind player and composer Shawn Maxwell's Shawn Maxwell's Alliance on the Chicago Sessions label is a carefully orchestrated suite with a subtle yet distinct dramatic sense. Although the description in the liner notes makes mention of a group of friends experimenting with new styles and sounds the disc is not a blowing date nor it is ...

In October, 2011, Chicago saxophonist Chris Greene's quartet stepped up to the stage--The Mayne Stage, to be exact, the entertainment and dining venue located in Chicago's Rogers Park--to perform a live set of sizzling post-bop ultimately captured for its first in-concert CD, A Group Effort. With an introduction from pianist/musical director William Kurk, the show kicks ...

Up To Get Down