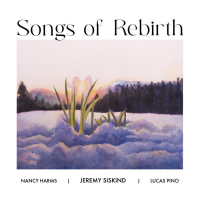 In 2022, we are seeing a lot of musical projects born in some way from the coronavirus pandemic of 2020 and 2021. This song cycle by pianist Jeremy Siskind is concerned with some of the varied emotional responses people had to the upheavals of that period. Siskind wrote the material on this album for ... 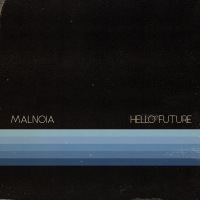 Label: Outside in Music
Released: 2021

Jazz connoisseurs who lean toward big bands that swing as earnestly and often as the renowned architects of the epic big-band era should find plenty to cheer about on Kinetic, the debut recording by New York-based pianist, composer and arranger Steven Feifke's audacious and fiery ensemble. This is a band that fires on all cylinders—but it ...

In an ever-changing and increasingly digital world, it becomes more difficult to define what it is to be human, and the role and relevance of art are pondered. Pianist, composer, and bandleader Jorn Swart and his trio Malnoia tackle these questions head-on in their new album Hello Future. Through their original music, they draw on an ...