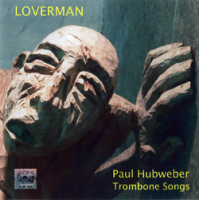 Studio-recorded in July 2010, Loverman features nearly 41 minutes of solo trombone from Paul Hubweber across eleven tracks. As the album title hints, the focus of the album is on Charlie Parker, with five of those eleven tracks being Bird compositions, in addition to “Lover Man," made famous by the alto saxophonist. Despite those tracks, this ...