Libor Šmoldas was born on February 17, 1982 in Olomouc, but has lived in Prague since his childhood. He devoted himself to music at an early age, starting with the recorder and trumpet, then beginning to play guitar when he was twelve. After initial forays into rock and blues he began to take an interest in jazz, mainly due to his fascination with the recordings of Charlie Parker. At sixteen he was already appearing in Prague jazz clubs with the blues band of American singer Phil Speat, as well as at Sunday jam sessions at U Malého Glena. He took guitar lessons from Josef Kůstka, Luboš Andršt, Zdeněk Fišer and Petr Zelenka 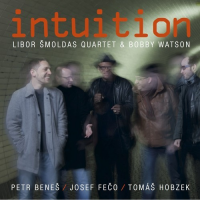 Label: New Port Line
Released: 2013
Track listing: Mike's Song; In Case You Missed It; Off The Playground; 5:15 In The Morning; Ferry Tale; Letter Home; Side Steps; Twists and Turns. 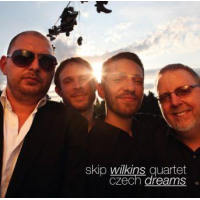 World-class jazz pianist Skip Wilkins regularly splits his time between Eastern Pennsylvania--where he teaches at Lafayette College in Easton--and Central Europe where he recently spent fifteen months in Prague. Czech Dreams, dedicated to the Czech people, is a result of touring throughout the Czech Republic and Germany and cementing his relationship with friend and Prague-based guitarist ...

One of Europe's rising young jazz star is Prague-based guitarist/composer and educator Libor Smoldas who unveils his fifth album as leader with the highly accessible Intuition featuring an all-Czech Republic quartet with alto saxophonist great Bobby Watson appearing as guest. Recorded at the end of the group's Czech tour, the album is in a sense, a ... 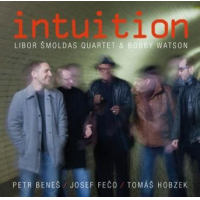 Libor Smoldas is one of the best jazz guitarists the Czech Republic has produced in recent years. He plays extremely fluent, straight ahead music in the Jim Hall tradition, with overtones of Kenny Burrell. He is more relaxed, less intense than his contemporary, David Doruzka, best known of the current crop of Czech jazz guitarists. Smoldas ... 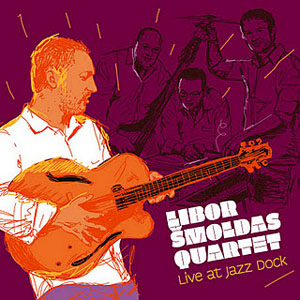 Czech guitarist Libor Smoldas doesn't buy into the idea that music is simply meant to be a product for commerce. While Smoldas peddles some of his recorded wares like the rest of the performing musicians out there, his third album--Live At Jazz Dock--is actually free for the taking for anybody who wants to visit his website ...

In New York On Time 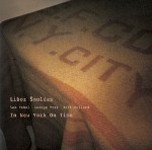 Label: Animal Music
Released: 2010
Track listing: Get Me To The Church On Time; Lydian Blues; Autumn In Three; I Could Have Danced All Night; I've Grown Accustomed To Her Face; Who's Got Rhythm; Wes For Pres; Tram Line; Wouldn't It Be Lovely; Brazilian Impressions.

Guitarist Libor Šmoldas is a known entity within the Prague jazz scene, but In New York On Time should help him to significantly expand his fan base beyond the borders of the Czech Republic. While Šmoldas has largely worked with Czech musicians in a variety of groups, including his trio and quartet which focus on his ...