Leigh is a recording and performing artist who began her professional career at the age of 5. A classically trained pianist and vocalist, she has performed as a featured artist in numerous public venues in Southern California and Nevada. She has written arrangements and original music for award-winning show choirs and musical theater productions. Leigh has served as worship leader, choir director, transcriptionist, arranger, vocal coach and band leader in North San Diego County area churches. She has been accompanist for Christian Youth Theater and Moonlight Stage Productions, in the choral and theater departments of Carlsbad and Oceanside school districts, and the Performing Arts Department at Palomar College, where she is an Adjunct Faculty Member 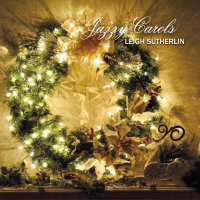 Leigh Sutherlin QuartetTango Del ReySan Diego, CaliforniaAugust 16, 2009San Diego may not have the most robust of jazz scenes, but there are clubs out there doing their share to shine a bright light on artists local and national. Dizzy's In Downtown has been a local mainstay, featuring artists as diverse as ... 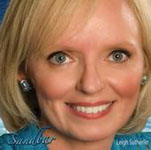 You meet a father and son at a garage sale, checking out some CDs. You get to talking music. The man says his wife is a jazz artist with a debut recording on the way. A CD release show is in the works. You accept an invite, hoping to hear some passable sounds. You show up ...