A member of the West Coast Songwriters Association, Leanne has made her mark in the songwriting world through heavy self-promotion at concerts, open mics, on the web,and at songwriters conferences. In 2007, Leanne won a Commercial Jazz Composition Grant from her local college music fraternity, Mu Phi Epsilon. Other past awards include the Semper Fidelis Award and the South Valley Civic Theater Musical Theater Scholarship (both in 1994). In 2005, Leanne won 4th place out of 700 in the American Idol Underground web contest for best song "Sunny Skies". Born and raised in the small agricultural town of Hollister,California, Leanne earned her B.A. in Music Performance from San Jose State University. She has a choral conducting background which helped her direct many community musicals and variety shows. She also had the privilege of directing and singing with famed composer and lyricist Steven Schwartz in Stephen Schwartz and Friends Concert (2001). Leanne has taught in the public school system for six years and currently holds a teaching position at Crittenden Middle School in Mountain View, California.

On March 18th, the women of Be a Dear and Donate a Brassiere, an organization dedicated to collecting undergarments for disadvantaged women, will be celebrating International Women's Month (IWM) with a benefit concert at Red Rock in Mountain View at 8PM. The concert features The Women of Song, a group of four very talented Bay Area ...

Four of the San Francisco Bay Area's top Jazz Singer/Songwriters are featured in a concert of jazz standards and originals. Performers include Jennifer Lee, Melissa Dinwiddie, Cathi Walkup, and Leanne Weatherly. Backing them will be David Udolf on piano and Paul Smith on bass. Jennifer Lee is a vocalist/pianist/guitarist with a warm, lovely voice, extraordinary musicality, ...

Four of the San Francisco Bay Area's top Jazz Singer/Songwriters are featured in a concert of jazz standards and originals. Performers include Jennifer Lee, Melissa Dinwiddie, Cathi Walkup, and Leanne Weatherly. Jennifer Lee is a vocalist/pianist/guitarist with a warm, lovely voice, extraordinary musicality, and hip sense of time. Whether on guitar or piano, Jennifer accompanies herself ... 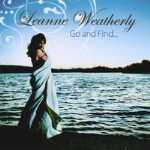 Go and Find is appropriately named by its chanteuse, Leanne Weatherly. The artist is indeed a find. She has rare and complete mastery over her voice that lopes like a gazelle. She can make it hover in somber depths and soar joyful and unfettered into a stratospheric orbit, creating something between goose bumps on the back ...

Join vocalist Leanne Weatherly and pianist Murray Low as they feature selections from Leanne's latest CD, Go and Find. Go and Find has garnered acclaim from musicians and critics alike. Concord Music Group artist, Taylor Eigsti states, “Leanne Weatherly is the next major voice to watch out for - she's got clarity, passion, and fun arrangements ...

Meet Leanne Weatherly: Leanne self-produced her first album, Chocolate and Roses, and has co-produced her three song EP as well as her newest release Go and Find.. She has also produced and directed her own music videos including her Album Preview Video currently available for public viewing on You Tube.“Leanne Weatherly is the next ... 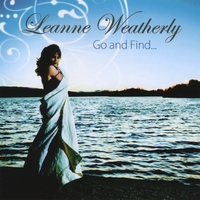