"I was going on gigs with my father at 12. We were doing different things, R&B, jazz, whatever he would want me to learn, that's what I would sing." LaVerne grew up in Shreveport, Louisiana, and developed her love for jazz while performing on stage with her father, jazz saxophonist Scott Butler. After becoming a vocalist with the jazz band at the University of New Orleans, LaVerne went to Bourbon Street. There, she became a regular in her own right on the New Orleans jazz scene. But it was Jon Hendricks of the jazz vocal group Lambert, Hendricks and Ross who encouraged her to "think like an instrument" and move to New York

Soulandjazz.com Presents: Continuum--A Journey Through Jazz Episode 14: “Sultry Sirens, Part 2" Hosted and Produced by J. Scott Fugate, “The Jazz Evangelist" As always, the show is free, absolutely legal, fun for the whole family, and available for listening right now, right here. This week's journey continues with a summer serenade by the sultry ...

A Foolish Thing To Do

Laverne Butler: A Foolish Thing To Do

Laverne Butler follows up her MaxJazz debut Blues in the City with a more lush and subdued offering. Laverne Butler's voice is like a ribbon that she has tied onto a beautiful, sexy bow. Her latest, A Foolish Thing to Do exudes an established confidence not totally in place for her debut, Blues In The City. ...

Blues in the City 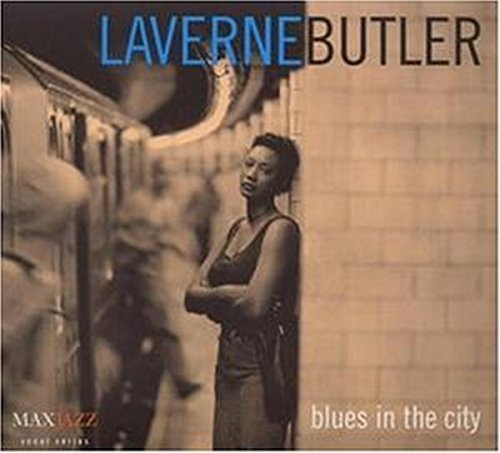 Label: MAXJAZZ
Released: 1999
Track listing: This Bitter Earth; Please Send Me Someone to Love, Hit the Road Jack; Willow Weep for Me; The Blues are Out of Town; One for My Baby; Late Sunday Afternoon; I

LaVerne Butler: Blues in the City

In the Tradition. Was Bessie Smith a “blues singer” or a “jazz singer”? What about Dinah Washington? Billie Holiday is an easier case. She recorded only two true twelve bar blues songs. But these other artists? They are not so easy. So with the case of LaVerne Butler. The music on Blues In The City is ...