A formidable improviser who lives in the moment" (JazzTimes), Laszlo Gardony has performed in 27 countries and released a dozen albums on the Sunnyside, Antilles, and Avenue labels during his distinguished, decades-long career. Winner of the Great American Jazz Piano Competition, Gardony has been noted for his "fluid pianism" by The New York Times. The legendary Dave Brubeck called him "a great pianist." Gardony's new live, solo piano album, "La Marseillaise" (Sunnyside) will be released on October 25, 2019. His previous solo piano album "Serious Play" (Sunnyside) was named one of the Best Jazz Albums of 2017 by DownBeat Magazine: "Serious Play combines spontaneity and intent 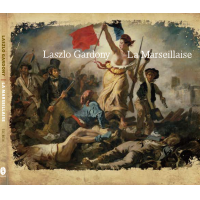 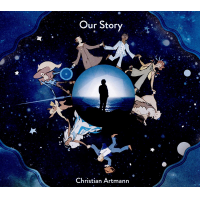 There are a number of different stories woven into Our Story, flautist Christian Artmann's first offering since 2015. Quotations in the liner notes from Zen sages Thich Nhat Hanh and Yasutani Roshi point to Artmann's Buddhist faith, but the fifth cut of the record, “Amazing Grace," makes a bit of room for the Christian narrative as ...

The Laszlo Gardony Trio With John Lockwood & Yoron Israel At Mezzrow On May 16 - One Night Only!

The beauty of personal expression may be the greatest and most effective balm to soothe our hearts in troubled times. That's the message that pianist Laszlo Gardony gifts us with Serious Play. Following the approach used on Clarity (Sunnyside, 2013), Gardony delves deep into his own subconscious in real time to create a ...