The late Toots Thielemans was one of the first chromatic harmonica players to play swing and bop on the instrument. And no one could touch Toots or even sound like him. But he wasn't the first harmonica star. That title belong to Larry Adler, who died in 2001. Born in jny: Baltimore, he taught himself to ... 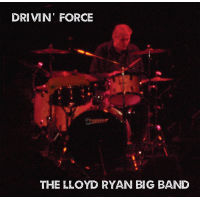 A straight-ahead, drummer-led big band is one of the most stimulating ensemble formats in jazz. Buddy Rich's groups are perhaps the epitome of such an enterprise. The Lloyd Ryan Big Band, blasting through a selection of standards and pop classics on Drivin' Force, proudly carries on the tradition.Ryan, a British drummer, has been a ...

Jazz Middelheim 2009Park Den BrandtAntwerpenBelgium The Jazz Middelheim festival is nearing its fortieth anniversary, but it's a weekender that hasn't relinquished a fondness for adventure. Nuzzling up against its stellar bookings are acts, Belgian and otherwise, who seek to jolt the expectations of many audience members. The entertaining middle way ...