Kris Allen is an American saxophonist, composer, educator and Recording Artist His latest release, Beloved, is his second album for the Truth Revolution Recording Collective. In the company of his working band Allen calls upon the musical languages of not only his mentor Jackie McLean, but also notably Young, Parker, Mingus, Ellington, Powell, Rollins, Coltrane, Coleman and Kirkland to spin a unique sound narrative. “Allen, in this triumphant follow-up release to his acclaimed debut disc, Circle House, for all of his fluency in the language of jazz and deep knowledge of the music’s modern masters, is very much his own man with his own creative voice.”- WNPR.org Allen’s working quartet, with tenor saxophonist Frank Kozyra, bassist Luques Curtis and drummer Jonathan Barber, has been praised by Jazziz Magazine as “today’s saxophone dream band,” and Downbeat Magazine described Beloved as “one of the better new releases to come out this year…..locating the profound within the familiar” For more reviews of Beloved please see Press. Kris has enjoyed a long career as a sought-after sideman, working in the groups of Illinois Jacquet, Gerald Wilson, Andy Gonzales, Jimmy Greene, Helen Sung, Winard Harper, Andy Laverne, the Mingus Dynasty, Avery Sharpe, Andy Jaffe, Earl Macdonald, Noah Baerman, Jen Allen, Ike Sturm, Gary Smulyan, Jazzmeia Horn, Rogerio Boccato, Kendrick Oliver’s New Life Orchestra, the Curtis Brothers, Jonathan Barber and Mario Pavone among others

A Year And A Day 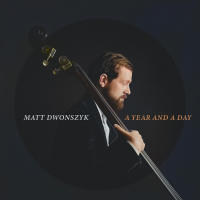 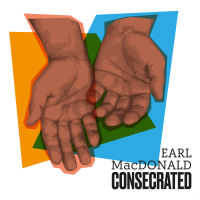 Label: Outside in Music
Released: 2021
Track listing: Be Still My Soul; O God of Love, Grant Us Your Peace; Sweet Hour of Prayer; Holy, Holy, Holy; By Our Love; Be Still Take My Life and Let It Be Consecrated; The Love of God; Be Thou My Vision; In His Holy Temple.

Be Still, My Soul

Open Borders brings to the fore Canadian-born pianist Earl MacDonald's burnished tentet in a program that consists of eleven sunlit and swinging themes, five of which were composed by the leader. Besides writing, MacDonald did most of the arranging, and he excels in both arenas, as he does on piano (most notably on the standards “Blame ...