The Missing Song has been heralded as a tribute to Gergo Borlai's nine most influential drummers still alive and performing today. This is much more than just listing them and perhaps covering one of their songs. Borlai composed eight of the nine new songs on this album. He plays them all in the manner, or mindset, ...

Scott Kinsey belongs among the most influential keyboard players of the past decades and seems capable of adapting to any style of music. Unlike those who came before him, Kinsey was born into the golden era of keyboards and synthesizers, when visionaries such as Chick Corea and Herbie Hancock had already begun to explore the vast ... 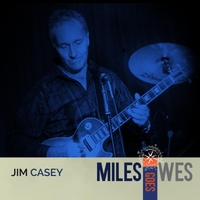 Here's a straightforward album with a rather intriguing title --Miles Goes Wes, Texas-bred guitarist Jim Casey's unassuming homage to a pair of jazz icons, Messrs Davis and Montgomery. While the session lays heavy emphasis from end to end on funky backbeats and assertive percussion, Casey strives to nurture interest by varying the group size and instrumentation, ...

The Man Who Changed Guitar Forever! 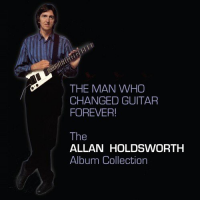 In a time when album sales are a challenge being mitigated, at least to some extent, by the release of deluxe editions and box sets, it's still more necessary than ever to grab potential listeners with imagery and words; the title of a box set can have, especially for those less than intimately familiar with the ... 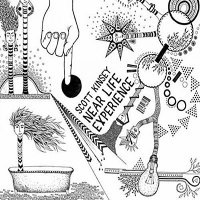 It's been a full decade since Scott Kinsey last released an album under his own name (the 2006 Abstract Logix debut, Kinesthetics) and, if anything, Near Life Experience manages to trump actually its predecessor in both ambition and Kinsey's significant cast of invited contributors. Near Life Experience also continues to hone the cinematic keyboardist's increasingly expansive, ...

Allan Holdsworth: Hard Hat Area (re-mastered): Originally offered in very limited print and distribution in the USA, this great effort has been remastered and repackaged in digipak format (with intriguing new liner notes provided by Barry Cleveland). While the music on Hard Hat Area may seem a logical extension of the sophisticated, highly idiosyncratic style of ... 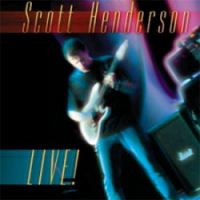 While guitarist Scott Henderson has been mining post-Weather Report fusion territory for years with Tribal Tech, he has also been exploring a more blues-based direction with recordings including Dog Party, Tore Down House and, most notably, '02's stripped-down Well to the Bone, one of the most potent examples of the power trio to be released in ...