Kim Prevost is an accomplished vocalist and songwriter. She has worked in all facets of the entertainment industry. She began singing as a child,in church choirs,where she performed duets with the pastor,her father. In addition to completing formal dance training,she also worked extensively as a model for companies such as Saks Fifth Avenue. Throughout her college years,she continued pursuing a degree in theater and communications and she performed leading roles of productions such as Dream Girls,West Side Story and many more. Additional credits include 1999 B.E.T on Jazz discovery winner, several television commercials and a dancer for MTV show special “NFL Jams”

Imagine traveling by car for hours in the summer heat of Italy's July 2010. At last it is early evening, and you reach the borders of a breathtaking medieval town. A soft breeze blows around you while you walk through the steep slopes which lead you to the centre. You follow the sounds you so eagerly ... 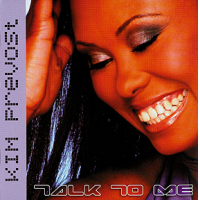