Toronto-born bassist Kieran Overs has been active on the Canadian music scene since 1970, first on guitar and electric bass, and for the past 34 years on acoustic bass. Overs holds an Honours Diploma from Humber College, a B. Mus. from Humber/BCOU and an M. Mus. from McGill University (Montreal). He has also studied privately with renowned Danish bassist Neils-Henning Orsted-Petersen and arranger Rick Wilkins. He has toured internationally with Moe Koffman/Dizzy Gillespie, Jane Bunnett, Sophie Milman, Carol Welsman and Emilie-Claire Barlow, among others. Having worked in Toronto as a sideman with such artists as Zoot Sims, Chet Baker, Bill Charlap, Harold Mabern Jr., Carol Sloane/ Bill Mays, Brian Dickinson, Pat Labarbera, Alex Dean and Kirk MacDonald, Overs has established a solid reputation in Canadian jazz

The liner notes to This Song is New explain how the term “old school" suits guitarist Lorne Lofsky just fine. Not in its pejorative sense, but rather in the spirit of a master of an old art, now considered to be quaint. It is indeed a fitting description for the compositions and performances that constitute the ...

Over the years the guitar has earned a unique position in the annals of jazz. At times strident, ear-splitting and generally distasteful, at others one of the loveliest, most amiable and pleasing instruments in any circumstance, especially when placed in the capable hands of a master such as Canada's Lorne Lofsky. This is the guitar as ... 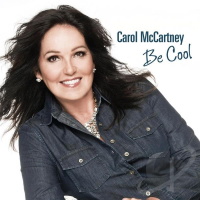 Toronto native Carol McCartney records another impressive vocal statement on the breezy Be Cool cementing her reputation as one of Canada's finest jazz vocalist and building on the foundation established from her critically-acclaimed debut Night In Tunisia (CDBaby, 2007). Though presenting a selection of primarily familiar standards from the jazz cannon, the Joni-Mitchell pop tune title ... 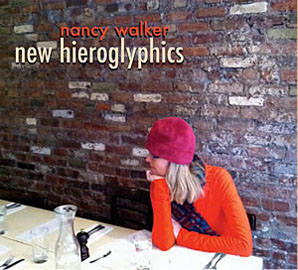 Amidst an overcrowded community, even the cream of the crop has difficulty getting heard beyond their own locales. A regular visitor to relatively nearby Ottawa, Toronto-based Nancy Walker is an Ottawa Jazz Festival regular as part of John Geggie's trio at the late night jam sessions--also participating on the bassist's recent Across the Sky (Plunge, 2010), ...

With spring taking hold and summer on the way, it's hard to avoid encounters with the color green. The drab gray and white of winter is now no more and a vibrant green color scheme has taken over. A drive along the Long Island Expressway--which leads to Manhattan and some of the greatest jazz clubs in ...