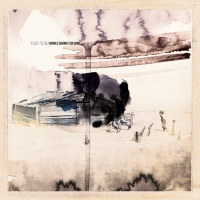 Like his debut, Remember (Anova, 2010), this sophomore release from Yair Yona still features the Israeli as a guitarist paying his debts to the American Primitive and British finger-picking traditions. But the ambitious World Behind Curtains focuses, first and foremost, on Yona the composer. His compositions for an acoustic chamber ensemble move the finger-picking schools into ...

Today’s blues is often characterized by eccentric stylistic deviations, sometimes only leaving trace elements of the roots. It is not uncommon to hear blues that is devoid of a bar structure and repetition. Ordered melody and bridges replace recurring chord patterns. The untrained vocals that often exemplify blues lyricism are relinquished for refined, more calculated tones ...