Katherine was born with a passion for music and discovered her love of literature at a young age. From the moment she heard jazz she was smitten. She devoted her time to listening to Ella Fitzgerald and immersed herself in the songs of Cole Porter, Michel Legrand, Ivan Lins, Bill Evans, and George Gershwin. At the age of eight, after her family succumbed to her endless pleas for a piano, she began formal training in classical music. Her stage debut was at the age of nine. She wrote her first song at twelve. Her first poems were published when she was fourteen. An avid reader in several languages, she has always been inspired by the beauty and power of words 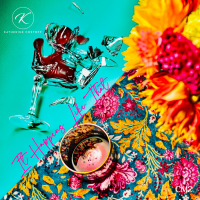 Label: CM2
Released: 2021
Track listing: It Happens Like That; Last Night; Razor's Edge; Cloudy (With a Chance of Rain); Easy To Forget; Don't Know Why; Grey Season; Disclosure; Must Be Love; Liquid Rage; Do You Ever; Through With You.

Album: It Happens Like That
By Katherine Kostoff
Label: CM2
Released: 2021
Duration: 3:28

A message from Katherine Kostoff: Good friends and kind strangers, I'm delighted to announce that my album It Happens Like That is now available on all streaming platforms. Gershwin once said that in order to get to a good song he had to go through twelve bad songs. I haven't exactly counted my ratio but ...