Judith Insell, a New York native, has been an active member of the New York jazz scene since the mid nineties. Ms. Insell is on a personal mission: spreading the word that "the Viola can play any style of music!" Lee Konitz, Greg Osby, Steve Coleman, Antonio Hart, and Miguel Zenon are just a few of the many jazz greats with whom Ms. Insell has had the pleasure of performing and recording. She has recently been performing throughout the eastern United States with the chamber jazz string group "Sojourner." As a founding member of "Sojourner," Ms. Insell has not only explored self expression through improvisation, she has also ventured into the realm of composition with the title track of the group's new CD Journey and arranging such standards as Thelonious Monk's "I Mean You." Her debut CD, Dark Wood Explorations, a duo project with acclaimed jazz bassist Joe Fonda, was released in September 2008. Ms

The special project nights embody the epitome of the festival and the most striking contrast with the pre packaged, off the shelf bloat fests. And the events are thoughtfully timed to allow for movement between performances in the Main Stage and the Downstairs Theater, where the evening begins with the final panel discussion looking to education ... 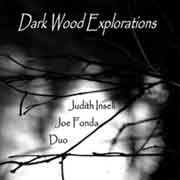 Gunther Schuller, one of jazz's foremost scholars, arrangers, composers and conductors, takes the stage with the Mingus Orchestra at New York's Merkin Hall this month. All About Jazz spoke with the octogenarian musical icon about his longstanding association with [bassist/composer] Charles Mingus and his travels through the jazz and classical music genres. All About ... 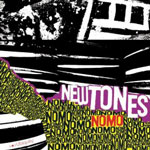 The Detroit-based NOMO begins New Tones with the sound of the electric kalimba, leading the listener to believe that they are in for an adventurous musical experience, but as the disc progresses, it takes on the feel of an endless dance track. To composer/arranger Elliot Bergman's credit, he incorporates electric saw blade, gamelan, ...

Day and Taxi: Out

The Swiss Day and Taxi trio was formed in 1988 as a quartet, eventually transforming into the group presently led by and composed for by saxophonist Christoph Gallio. The group is rounded out by bassist Christian Weber and drummer Michael Griener. At times, this musical offering could be considered a collection of expressionist ...

To paraphrase the great Bill Evans, “jazz is not so much a style, but a process of making music. John Hollenbeck's Claudia Quintet is deeply immersed in this process. Semi-Formal is an interesting synergy of improvisation, Steve Reich-like minimalism and changing moods effected by varying grooves: techno rave drums, pseudo and authentic hip-hop, and polyrhythmic patterns. ...