Discovered by Arnaldo DeSouteiro in 1998, when playing with his pop band Linha Amarela at Rock in Rio Café, Pescara was soon recommended to Ithamara Koorax and Dom Um Romão. Deeply impressed, Dom Um hired Pescara as the new bassist for his group in 1999, and since then he has toured extensively with him, besides recording on Dom Um’s two latest albums (Lake of Perseverance and Nu Jazz Meets Brazil, both for JSR). He also took part in an all-star benefit project (Street Angels) for the London-based Mr. Bongo label, playing on tracks led by Luiz Bonfá, Pingarilho and Ithamara Koorax. Pescara is also one of the featured artists on Friends From Brazil 2001 and Rio Strut, as a member of the Brazil All-Stars unit, alongside Deodato, Koorax, Dom Um, João Donato, Claudio Roditi etc 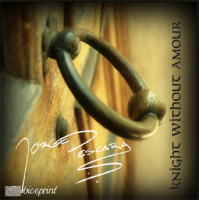 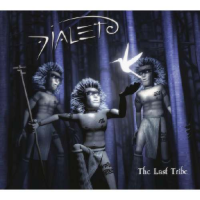 The Last Tribe is the Brazilian prog rock power trio's first release on an international scale, issued by New York City-based Moonjune Records, intimating yet another significant offshore discovery produced by this record label to complement its roster of well-established performers and time-honored bands. Nonetheless, Dialeto is a trio that possesses the goods to make a ...

Singer thamara Koorax recorded her 15th solo CD, Got to Be Real (Irma, 2012), “live in the studio" in Rio de Janeiro, the place of her birth, with her touring band--bassist Jorge Pescara, drummer Haroldo Jobim (a cousin of Antonio Carlos Jobim) and keyboardist Jose Roberto Bertrami, founding member of Brazil's famous fusion export Azymuth, on ...

Grooves in the Temple 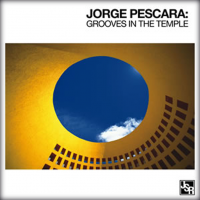