Beyond Cleary’s considerable skills as a tunesmith he is equally renowned around the globe as an accomplished keyboardist and guitarist, and a deeply soulful vocalist. Cleary’s thirty-five years of intensive hands-on work on the Crescent City scene has made him a respected peer of such New Orleans R&B icons as Dr. John and Allen Toussaint. Toussaint, in fact, took time from his busy schedule to write most of the horn arrangements for GoGo Juice – thus bringing symmetry to Cleary’s recording of an entire album of Toussaint songs, entitled Occapella, which garnered rave reviews in 2012. In addition to the Toussaint touch, GoGo Juice bursts, full flavor, with expert accompaniment by some of New Orleans’ top session men – including guitarist Shane Theriot, fellow keyboardist and vocalist Nigel Hall, and the Dirty Dozen horns – along with members of Cleary’s band, the Absolute Monster Gentlemen

Label: Newvelle Records
Released: 2021
Track listing: Side A: Swanee River Boogie; Two Wrongs; I Call It Pretty Music; Just Because; So Swell When You're Well; Second Line On Monday. Side B: We're No Exception; I Get The Blues When It Rains; Lottie Mo; Pony Boy; Tuburculucas And The Sinus Blues; Since I Don't Have You. 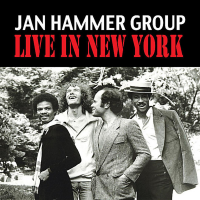 Newvelle Records, which was established in 2015, believes that in the digital age there is an opportunity to build a new model for the creating and distributing music. Each year, Newvelle releases a series of six albums, exclusively on vinyl, that pairs musicians with celebrated artists, writers and poets. The New Orleans Collection contains four single ...

Joerg Steineck is a German filmmaker who has made both documentary and fictional films. His latest project Inside Scofield is, as the title suggests, a look at guitar icon John Scofield's career and life on (and off) the road as a touring jazz musician. All About Jazz sat down to talk with Steineck about the making ...

Eric Burdon & the Animals with special guest the Edgar Winter Group NYCB Theatre at Westbury Westbury, NY August 28, 2015 Eric Burdon is an iconic member of the '60s British Blues Invasion. Burdon's band, the Animals, along with the Beatles, the Rolling Stones, the Hollies, the Dave ...