John Hines is one of the top trombone professionals in and around the Denver area for the past ten years, and is now achieving recognition beyond his home market. “Hines plays his ax with prime advanced harmonic ideas, certainly with liquid phrasing, & an attendant voice-like, yet abstract sound. His robust & bright sonority interacts with ease with his group as he deftly weaves his wonderful web of solo artistry.” — George w. Carroll, The Musician's Ombudsman, April 2004. After studying under Ray Smith (Brigham Young University) in Provo, Utah, he played with the internationally known big band, Synthesis, including opening for Gerry Mulligan's big band at the 1988 Montreux Jazz Festival, and for Carlos Santana at the 1988 Antibes Jazz Festival outside Monte Carlo, France 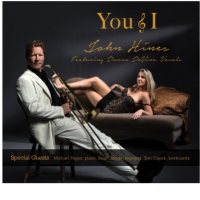 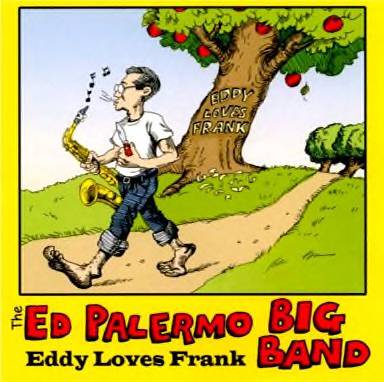 Label: Unknown label
Released: 2004
Track listing: In the Pocket, I Could Write a Book, Secret Love, Central Park West, Hard times, A Nightingale Sang in Berkeley Square, More Than a Friend, Kickin' Back, In a Sentimental Mood

John Hines: In The Pocket

A debut recording is always interesting. John Hines’ first is by and large a good debut, except for a couple of awkward moments where he gets heavy handed and congeals his playing. This happens on “In a Sentimental Mood,” which is weighed down by the tack he takes. Sentiment need not be down in the dumps. ...

John Hines: In The Pocket

In the Pocket is a straight-ahead trombone album from John Hines. The majority of this group is from the Denver, Colorado area. Hines shows a good mix of nine standards, jazz standards and original tunes from keyboardist Michael Pagan. The opening title track, written by Hines, typifies the session with a bright melody line. ...

John Hines: In the Pocket

The title tune on trombonist John Hines' In the Pocket had me mulling over comparisons with—of course—the late trombone master J.J. Johnson. And I felt that where Mr. Johnson romanced the listener, charmed the ears with subtle sweet somethings, John Hines' approach was more like a sermon—an upbeat, life-affirming, straightforward exhortation. A fine, driving piece of ...