Johannes Zetterberg (a native of Stockholm, Sweden) was born on November 17, 1985. Growing up in a musical family, he was exposed to a lot of different music at an early age. "Well, being that my father's a countertenor with a soft spot for Oscar Peterson, I guess I quickly learned to appreciate classical music & jazz. On the other hand, there were groups & artists like Stevie Wonder, Earth, Wind & Fire, Michael Jackson, Toto, Chicago & lots of others, all of which I found on my mother's mixtapes. It was like discovering a gold mine with all kinds of cool music, ranging from the hits of the 60's to the boy bands of the 90's! So yeah, it got pretty diverse right from the get-go." He started playing the bass at twelve, and fell in love with the instrument right away 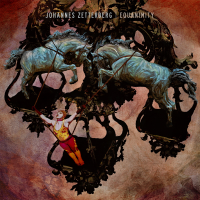 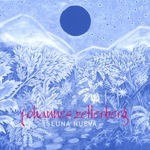 From Sweden comes an electric groove that scores from the first note. Bassist Johannes Zetterberg pulls together a small, variable ensemble that easily shows the influence of artists who preceded him with Luna Nueva. Born to musical parents, Zetterberg has had a taste of many classifications of music, including a wide range of popular ...