Born in Ripley, OH, the brother of trumpeter Russell Smith. He played with small groups in St. Louis, MO then went to New York City in 1920. There he joined Kaiser Marshall's band, and accompanied Ethel Waters, Bessie Smith (whose favorite trumpet player he was) and Mamie Smith in 1922 and 1923. In 1924, he led a group backing Noble Sissie and Eubie Blake, and played off and on with Fletcher Henderson from 1925 to 1928. After playing briefly with Bennie Moten, he played intermittently with McKinney's Cotton Pickers from 1929 to 1934. In the early '30s his health started to fail and he worked infrequently, spending the last four years of his life in a Long Island, NY hospital 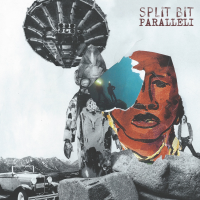 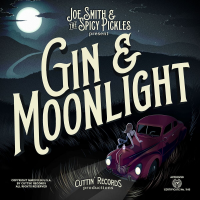 Label: Cuttin' Records
Released: 2017
Track listing: St. Louis Blues; Where’s Gary; Moonglow; They Raided The Joint; Home Stretch; Pourin’ My Heart Out; Mirage; Anything For You; A Moonless Night; Blues And Sentimental; Lullaby Of The Leaves; I’ll Be Seeing You.

Billy Vera: Still In The Game

It might be safe to say that a lot of people may know a little bit about Billy Vera but only a few people know a lot about Billy Vera. Billy is a singer, writer, producer, actor, Grammy winner, and music historian. He has performed with big bands, Billy And The Beaters, solo, and everything in ...

45
Article: Under the Radar

As someone who came to jazz as a young man in the 1970s, I can attest that subsequent generations of both its chroniclers and, even sadder, its practitioners, have succumbed to the peculiarly and regrettable American disease of a-historicism. They've shoved jazz history through a sieve, reducing it from an epic tale of heroic ...

Joe Smith's Melodic Workshop begins with a joyful piano-bass-drum fanfare that leads to a long-lined theme, motored by an almost martial drumbeat. “Shroo" is grand and generous in its scope. Jazz to be sure, but not the traditional kind. Free of more conventional metric considerations, the musicians make the most of the occasion to improvise thematically. ...