Joe Albany was considered something of a legend in modern jazz and one of the first important bebop pianists. As with many others, critics never acknowledged his talents in the beginning of his career. Rumored to have been Charlie Parker's favorite pianist, Joe Albany was renowned in his time. After a lengthy seclusion from the scene, he resurfaced in the 70s just in time to leave some lasting recordings. Albany worked in the '40s with Benny Carter, and Stan Getz. His first recording session was with Georgie Auld's big band in '45 on the sessions for “Honey,” and “Stompin' At The Savoy.” His records with Lester Young in '46 in Los Angeles revealed both in comping and solos that he was well ahead of the field. In a rare live broadcast from the Finale Club in 1946, Albany is an aggressive participant, his choruses fully a match for Charlie Parker's, raising memories of the creative dueling of Louis Armstrong and Earl Hines 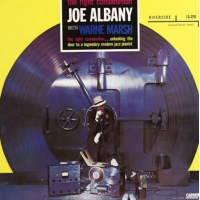 Joe Albany is a jazz footnote today. The late pianist, who began his career in 1943 and first recorded in 1945 with the Georgie Auld Orchestra, made remarkably few albums. Albany, who was deeply influenced by Bud Powell's attack and had smatterings of Thelonious Monk's and Lennie Tristano's abstraction, had terrible substance abuse problems throughout his ...

Joe Albany and Low Down

Joseph Albani (1924-1988), better known as Joe Albany, is a footnote in jazz history. A monumentally talented pianist with an exceptionally fragile constitution, Albany, like the late Chet Baker pianist Dick Twardzik, was hampered by a self-doubt relieved by heroin. Albany differed from Twardzik in that, like Baker, he lived well beyond the average junkie lifespan ...

Low Down Directed by Jeff Preiss Screenplay by Amy Albany and Topper Lilien Oscilliscope Laboratories 2014 Low Down is an independent film that premiered at the Sundance Film Festival in January, 2014. It relates to the life of the late Joe Albany, a well accomplished if lesser ...

Sex and the Jazz Musician: The Brutal Truth!

The following is taken from the chronicles of a gold panel Committee of select persons from the international confines of various state institutions that hold such findings sacred--the long-term commitment of these individuals that have given rant to their multitudinous ravings on this highly personal topic.In my course of dumpster diving for salvation, I ...

Portrait Of An Artist