Called an “adventurous cello songstress” (Time Out New York), cellist, composer, and vocalist Jody Redhage's dual passions for chamber music and new music have led her to participate in an array of cutting-edge projects. Praised for her “exceptional technical command,” (Steve Smith, Night After Night), Jody has premiered over 100 works, including many of her own compositions for chamber ensembles, as well as premieres of fellow composers' works. Jody has also spent the past seven years developing the ability to simultaneously sing and play complex, rhythmically intricate and independent musical lines. As recipient of the 2005 Hertz Grant, Jody was able to develop this project by commissioning a repertoire of 21st century art song for voice, cello, and electronics from some of today’s most talented emerging composers

Fred Hersch's Leaves Of Grass at Jazz at Lincoln Center

Fred Hersch's Leaves Of Grass The Appel Room at Jazz at Lincoln Center New York, NY September 15, 2017 Walt Whitman's Leaves Of Grass may be the ultimate contemplation on man's commonalities and singularities, underscoring what binds all of humanity and what distinguishes each of us as individuals. And so it's ... 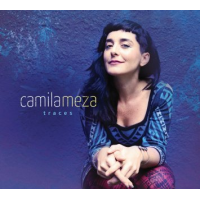