JOAN WATSON-JONES is a singer, lyricist, multi-instrumentalist, and host and producer of The Jazz Room, an online radio program where she plays music and interviews some of the top names in jazz. On CHOICES, her fourth album, she presents a program of her original songs with music and lyrics penned by Watson-Jones, plus two standards. Watson-Jones lives in New Hampshire but spends a lot of time at her family home in Harlem in New York City, where she was raised. Her father was a physician who had his office in the downstairs part of the house. “My father lived and worked in Harlem, because he was dedicated to living in the neighborhood where people needed him,” says Watson-Jones

In our final show of 2020, we look back at all the musicians and Iive sounds that made up a very strange and surreal year on planet earth. Featuring Matt Wilson, the Yellowjackets, Peter Hess and Bill Frisell. The 681st Episode shows the strength and optimism of the jazz community during tough times. Enjoy. 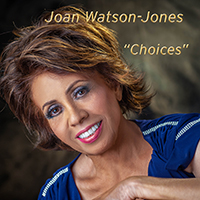 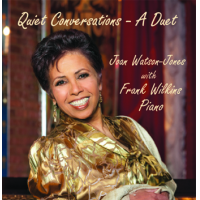 Label: Eye of Samantha Productions LLC
Released: 2013
Track listing: Here’s to Life You Don’t Know What Love Is You and I Have I Told You Lately You Talk Too Much Wild is the Wind One More Year Yes Dear Forever Young 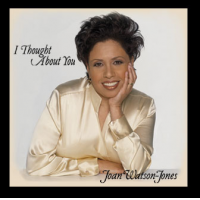